‘The Shadow Police’ series is a sort of grittier, more working-class, darker version of ‘Rivers of London’. Here, magic comes from the weight of London’s history, not from river goddesses. The posh folks of The Folly are replaced by a team of London coppers used to bringing down drug dealers and human traffickers and the magic keeps trying to kill them

I found the second book “The Severed Streets” to be well-written but very depressing and soaked in sadness. The Shadow Police themselves are a major source of grief and depression. They deceive each other, distrust each other, despise themselves for the deceit and bemoan the distrust. They are reckless and desperate and well out of their depth.

I thought the third book might be more whimsical. After all, how serious can a book called ‘Who Killed Sherlock Holmes’ be?’.

There is a move from total despair towards hope in this book. The main characters are trying to find a way back from the damage that was done to them or that they did to themselves in the last book. I liked that Paul Cornell didn’t just have everyone bounce back but recognised that actions have consequences and that dealing with evil always has a price. I also liked that he delivered on the story behind the senior police officer that the Shadow Police report in to. Her story humanised the big reveal and built her into a key character.

In ‘The Severed Streets’ we learned that something big had changed the way magic worked in Londo, letting loose bad things and tainting the magical community by allowing power to be paid for by money rather than personal sacrifice.

In ‘Who Killed Sherlock Holmes’ we learn that the change coincided with the destruction of the magical Establishment – the Continuous Projects Committee that imposes civilised control on magical forces. It’s clear that, although The Establishment continued to use traditions that have kept London safe for centuries, they had forgotten why and how the protocols they use to do this operate. They’d become complacent and vulnerable to attack.

As a consequence of this::

‘The real London was coming back, alongside poverty and tubercolosis and history. The civilised consensus was over.’

Suddenly, I was thinking of Jacob Rees-Mogg and Boris Johnson and Michael Gove, ripping apart all the shared assumptions and values that defined the England that the men and women who survived World War II had wanted to create.

I checked the original publication date for this book. May 2016, one month before the Brexit Referendum.

It makes you wonder, If something evil broke into our world in 2016, wiping away civilised constraint, what would the world look like in 2020?

Actually, I think I know the answer to that question.

I enjoyed the book for the puzzle it solved, for the development of the story arc and for the evolution of the characters. The ending wasn’t a cliff-hanger but it contained a solid hook that made me want to read book four.

Then I was told there is no book four. How can this happen? Ask the publishers.

Here’s what Paul Cornell had to say about it in 2017: ‘The Future Of The Shadow Police’

I hope the series comes back. I think we need a darker view of London and the people running it.

I recommend the audiobook version of ‘Who Killed Sherlock Holmes’, narrated by Damian Lynch. 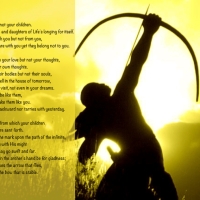